I've always found it interesting that when we are trying to learn the language of music, we often limit ourselves to one particular dialect. When I moved to the midwest (USA) for a few years, it took me forever to figure out what a 'bubbler' was, and people looked at me funny when I asked for a drinking fountain. But I'm from the mountain west. It's not a bubbler (or is it?), it's a drinking fountain. 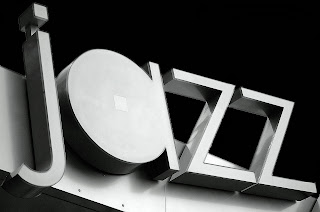 So it is with learning a style of music. Many of my students are learning jazz, and most of them play jazz at school, but they don't actually know how to speak the language. And the biggest reason we don't speak jazz is that we rarely hear it being spoken.

What do you hear on the radio at the mall, doctor's office, or grocery store? Usually it is a pop station or what we lovingly refer to as "elevator music." Not a good example of jazz. Again, in mainstream culture, you won't hear jazz.

You have to seek it out.

In the Salt Lake City area (and most of Utah, southern Idaho and western Wyoming) you can catch jazz here, on KUER 90.1 FM from 8 PM to 12 AM. There are also great online resources, such as Pandora, Jango and Grooveshark. 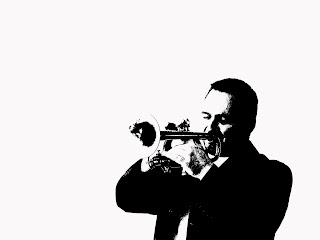 When I was in college, a roommate of mine attempted to teach me Spanish. He had some great books and CDs, but also told me that I had to watch daytime television.....in Spanish. Every day. I know it sounds odd, but it didn't take too long before I started to hear the words and phrases I was studying in the TV shows, and my accent improved tremendously.

The same is true with jazz - or any other style or genre you want to master. And just like a small child learning to talk, you start by imitating, then you speak with your own voice.