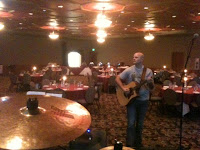 On Thursday, January 12th, Lokalgrown had the privilege of performing for Miro Industries, Inc. at the amazing Zermatt Resort in Midway, Utah.

The audience was comprised of company associates from all over the country, and they were very ready to be entertained. It was a very fun show, complete with wigs, mohawks, dancing, sing alongs, and even a guest drummer.....what? 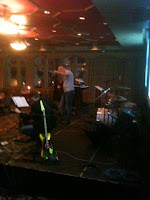 Yep. The new idea to get an audience member involved in the show was for me to walk out mid-set on my "15 minute union break." With me gone, the band had to ask if anybody in the house played drums. It took less than 30 seconds to get a volunteer up, and he actually killed it! The band played Van Morrison's "Brown Eyed Girl" with the guest drummer, and even tried to get him to play a drum solo. It was...epic! 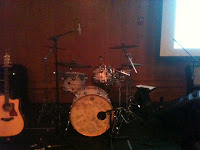 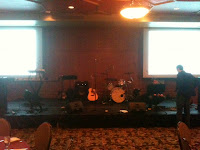 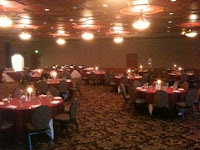 Overall, and from top to bottom, it was a great show. And I'd be remiss if I didn't give a huge shout out to our de facto crew for the evening, Jared and Jeremy. Thanks for all the hard work, men!
By keithpercussion - January 15, 2012