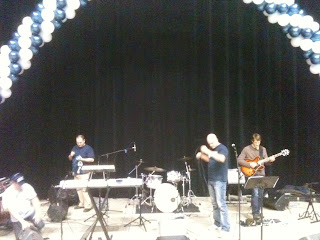 As I've said many times, I'm very grateful to be a musician. In addition, I'm lucky to play with some very good musicians who have given me the opportunity to play at some very cool places and at awesome events.

Such was the case on December 17th, 2011. I played with Lokalgrown at Utah State University's pre-game party before the Famous Idaho Potato Bowl in Boise, Idaho. My Aggies actually made it to a bowl game! Although the football team lost the game in a heartbreaker, the party was a total success. 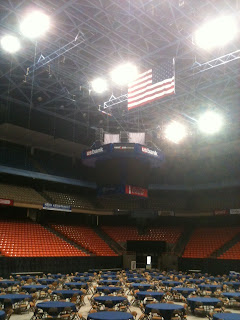 The party was held in Taco Bell Arena, where Boise State University's basketball team plays. Not only is it a pretty great venue, the staff there was perfect - accommodating, knowledgeable and friendly. They made it an absolute pleasure.

The bass player for this gig was my longtime friend and colleague Matt Redd. Not only is he a skilled musician, he's a heck of a great guy. We've been friends since college - we actually played together in the USU Jazz Orchestra.

Anyway, right before the downbeat, Matt started to get sick. His eyes went red, he was sneezing, congested and basically miserable. He didn't know it until he made it to the doctor the next day, but he had a cornea (yes, THAT cornea - in his eye!) infection, and the symptoms hit him in a matter of a few minutes. 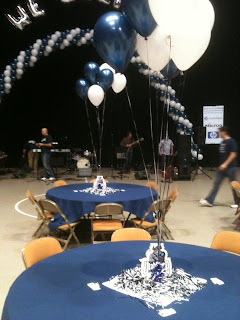 Even though he was miserable and feeling pretty bad, he played the entire gig like a champ - and nailed it, at that. He also went and sat through the entire game and the five-hour drive back to Salt Lake City with nary a complaint. Amazing.

All in all, it was another great gig/roadie with the LKG boys. 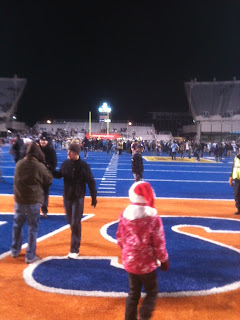 *The game was played on the infamous "Smurf Turf" at Boise State University. BSU's campus is absolutely beautiful, and even though it was a cold day, it was a lot of fun to be there for the FIPB.
By keithpercussion - January 08, 2012