ANNOUNCEMENT: Aaron Ashton, Ryan Tilby and Keith Sorensen (and possibly another special guest or two) will be performing an exclusive house concert in Cedar City this Saturday night, February 4, 2012. Details on the Facebook page. 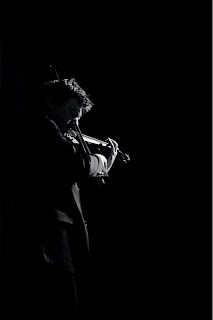 Pretty darn excited to introduce you to one of the premier musicians in the intermountain area. Violinist Aaron Ashton has traveled many musical paths, and isn't afraid to blaze new ones. His repertoire ranges from classical to celtic, from folk to funk, and from jazz to just about everything else.

I first met Aaron when he was the concert master in the Utah State University Symphony Orchestra and I was the timpanist, circa 1999. It's sort of a funny/embarrassing story, actually. Aaron approached me after rehearsal one night and told me he was forming a band to play jazz and celtic music, and was looking for a drummer who might be interested. I pointed him in the direction of one of the guys in the department that I respected. (You know the closing scene of "Dumb and Dumber?" Yep, not so smart was I!)

Luckily for me, the other guy moved out of the area, and a couple of years later I ended up playing for Aaron's band, In One Ear. Not only did I get to know Aaron and his playing, I was introduced to many other great players and a mind set of playing, performing and composing both in and out of the box.

Since then, Aaron and I have worked together on a ton of projects, recordings, bands, shows, etc, including The Aaron Ashton Band, Hillside Nine, Lokalgrown and many more. 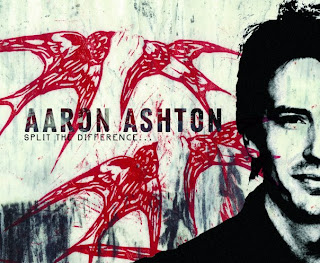 But all of that doesn't begin to scratch the surface of Aaron's career and accomplishments. He has played on countless film and TV soundtracks and video games, made cameo appearances on roughly a gazillion albums, and produced and engineered a gazillion more.

He was also a member of Enoch Train and founded Blue Sky Music Camps, a premier summer workshop for aspiring musicians.

By the way, I'm sorry if this sounds like a eulogy. Dude's not dead. In fact, he's well this side of forty, and still growing and evolving as a musician and as a person. I just respect the guy as a colleague and friend, and can't say enough good about him.

(I'd better stop myself. This is getting embarrassing.)

Just visit his webpage, buy his album and catch a concert. I'd say "or," but you should really do all three.

This was one of my favorite shows I've played with the Aaron Ashton Band. Great players all around.
By keithpercussion - February 03, 2012