I asked Ryan Tilby, one of my favorite musicians - not to mention one of the smartest guys I know - to answer a few questions about drummers. Here's how it went down: 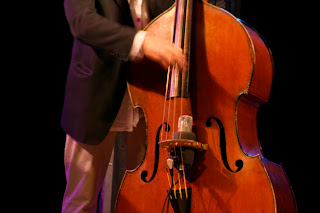 Here are my opinions on drummers.  I'll bet, as a bassist, I've worked with more drummers than any drummer.  I call my drummer friends when I need the low-down on a bassist.

What characteristics and attributes make a drummer "good?"
No matter the genre, style, or stage size, every drummer has a job.  The bass player (me!), has a job.  The front man has a job.  My favorite drummers have this uncanny ability to know just what their job is, do it effortlessly, and not step on the toes of the bassist, singer, etc. who's trying to do his job.  It takes a lot of listening, and a lot of knowing how the guys around you are thinking.

Aside from playing ability and musical skills, what makes a drummer easy to work with?
Stereotypes would have you believe that drummers, if they show up at all, will be late, lazy, loud, or drunk.  You'll notice that none of those have much to do with time, technique, or tone. While those things are important, remember that the guys you're playing with (or that hired you!) don't know much about your bearing edges and hand-hammering.  They just know what it feels like to play with you, and more of those feelings come from off-stage than on it. 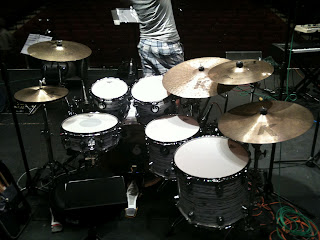 What's the best compliment you could give a drummer?
As a bass player, if a drummer is listening to my lines and either locking in with me (with his kick!) or syncing with something complimentary, I'm super impressed.  Flattered, even.  Drummers that listen seem almost "invisible".  In my opinion, an invisible drummer is doing his job.

What's your most frequent complaint about drummers?
I'm scared by the number of drummers that don't know anything about bass playing, and vice-versa.  The relationship between kick and bass is CRUCIAL to any song, any genre.  There seems to be an influx of younger drummers right now that place kicks wherever they want them, and never in the same place twice.  Go spend $10 on the John Mayer Trio TRY! album and have your life changed.

Name the top thing that will keep a drummer from getting called for another gig.
Too many notes played too loudly.

Anything else you want to add, warn against or point out?
No matter what you play, expand your toolbox of true-to-the-style techniques and LISTEN!

A working bassist.
By keithpercussion - February 28, 2012