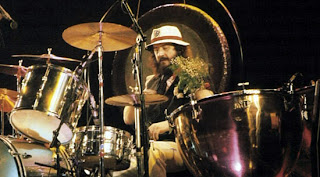 According to Drummerworld, "John Bonham is the most influential Rock Drummer of all time." That's a very bold statement, but I can't argue it. Not only did Led Zeppelin change the course of rock music, millions of drummers around the world were influenced by the sometimes bombastic, and always passionate, playing of Bonham.

My first exposure to Led Zeppelin was fairly pedestrian. I wasn't a very experienced listener or musician, so I didn't know that what I was hearing was extraordinary. It was only years later, after much more listening and playing - and trying to imitate what I heard - that I realized how unique and powerful the playing of John Bonham really was and is.

Today there are many great players who have achieved skill and notoriety approaching the level of John Bonham. And I'm willing to bet that most of them would list him among their influences.


"Moby Dick" was one of the songs that caught my attention when I first started listening to Zeppelin. Of course, I convinced my own band to cover the song, and I gave my very best Bonham impersonation (sans timpani, unfortunately).

It's interesting as you listen to this clip to hear the sound and tone choices that he makes. Even more interesting are his melodic, rhythmic and compositional choices. This is a drum solo for musicians. Of course there are a bazillion notes, lightning fast chops, and the like. 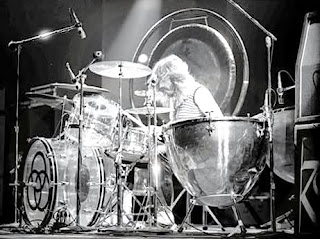 But honestly, doesn't this sound more like a jazz drummer than a hard rocker? It's amazing to me.

At any rate, if you're not familiar with John Bonham and/or Led Zeppelin (you're living under the proverbial rock, of course), you owe it to yourself to check him/them out. Even if you don't like the music, be a student of their ingenuity, virtuosity and innovation. The effort will reward you generously.