About a million name puns came to mind when deciding how to introduce the legendary Steve Gadd, but....I'll let you make your own. 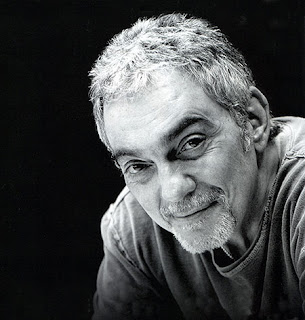 He is the most imitated drummer of all time, and easily one of the most successful. His playing credits include Eric Clapton, James Taylor, Chick Corea, Paul Simon and Dizzy Gillespie (seriously?!) just to name a few. Known for his ability to, "get inside a tune" and play in the pocket like no one else, Gadd has been a legend for most of his life.

My first exposure to Steve Gadd was through the music of Steely Dan. He played on one of their widely known tracks, "Aja," as well as on Paul Simon's, "Fifty Ways to Leave Your Lover." Some of today's creative, but common, grooves were innovations of Steve Gadd. He has connections to almost everything that is great about groove, feel, time and fill.

Check out this tasty treat.


You'll notice how he makes use of melody and compositional elements more than sheer power or speed. He's got plenty of both, but uses them judiciously.

One other thing: Check out the relative simplicity of his setup. When you compare his kit to most modern players - especially somebody like Terry Bozzio - it almost makes you laugh out loud at what he can do with such a small rig.

And this is what Steve sounded like the year I started playing the drums. Amazing playing!

Well, as always, I simply hope to give you a jumping off place. And I hope that Steve Gadd influences your playing as he has for countless thousands of drummers for the last 40+ years.