Gear Up: Go green with an iPad 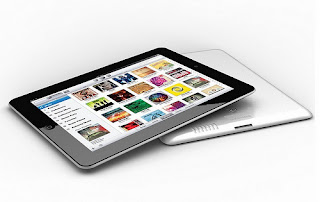 Not too long ago, I was on a gig with a band when the sound board burned out (no flames, but some awesome smoke). After doing some research, they decided to replace the board with a new-tech board completely controlled by an iPad. There are several versions of this board, but this is the one they were looking at.

One of the most attractive features (for me, at least) is that I can control my own monitor mix from my own iPad wirelessly. Also, up until this point, the band was using (actual paper-and-ink) music notebooks, especially for longer shows that required switching up the set list on the fly.

So, announcing the upgrade of the soundboard and the end of the notebooks*, the band sent out an email requesting that all of the sidemen (yup, that's me) get an iPad by a certain date. I went shopping, and ultimately settled on a second hand, "unused," still-in-the-wrapper iPad 2 with 32GB of storage. It was expensive (yikes!), but I felt like it was a good deal.

But....I'm not gonna lie. I was pretty skeptical about the usefulness of the iPad beyond the obvious ones I've already mentioned. That being said, here's my short list of uses for the iPad that have sort of changed my world.


I'm not saying you can't live without an iPad, but I am saying that they are far more useful than I had anticipated. I've even found myself taking it to meetings instead of my laptop. It's easier to carry, the battery lasts longer, and it's got all the features (for me, at least) needed to carry about my daily tasks.

Phew! It feels good to get that off my chest.


*Honestly, this was a no-brainer. Every time we added a song to the setlist (over 200 at this point), it required a bunch of printing, collating, updating the notebook - blah, blah, blah. The iPad allows for quick, easy and "green" updating of basically everything we need for a gig.
By keithpercussion - June 19, 2012