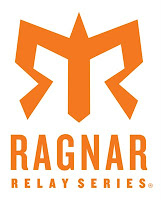 I remember the first time I ever saw the word "Ragnar" on the back of a vehicle. It concerned me slightly that after my first sighting, I caught it probably fifteen more times that day. Wasn't sure if I was seeing a new gang sign or was missing out on the coolest thing since sliced bread. Turned out it really was the sliced bread thing.

Anyway, fast forward a couple of years, and I played a gig with the band Lokalgrown at the finish line party at the Wasatch Back, part of the Ragnar Relay series.

Honestly, there's not much to say about the gig. We were in a tent, had a small but enthusiastic crowd, and played nearly non-stop for four hours. (As a side note, I'm getting more comfortable with my V-Drums, which is a very good thing.) The actual playing was a blast. Very fun gig.

But the best thing about this gig was the people we got to interact with. All these Ragnarians, people who had spent the last thirty or so hours pushing themselves to their physical and mental limits. Some looked absolutely exhausted, and some still had the energy to dance and party it up with us.

One of the hallmarks of most Ragnar teams is crazy outfits, themes and matching shirts. A couple of my favorite sightings from today are, "Half Fast," and "It's my Ragnar and I'll cry if I want to!" We also saw lots of Superman, Wonder Woman, Speedo, cartoon and movie characters, fairies, pink beanies, wigs, Harden's beards, tutus and spandex.

For me, I was very inspired by the people I saw. Some looked like stereotypical athletes, but very many of them were average people - men and women who took the challenge of the race to push themselves out of their everyday life and into a place where they could become better and stronger. Man, I admire that.

I hope I get the chance to run a Ragnar Relay. I know that my physical fitness will benefit, but I also believe that my ability to handle life and music will improve, as well. You and I can both do hard things, and we should.