Shakespeare wrote, "If music be the food of love, play on..." 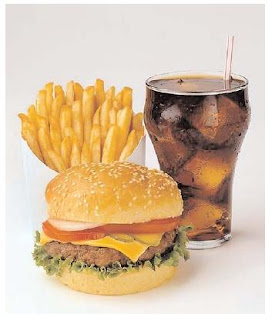 But imagine if music really were food. Would you only ever eat one kind of food?* Would you look down on people who liked pasta or vegetables more than a hamburger or fresh fruit? And if somebody really liked a food that you couldn't stand, would you think that person was "weird," and try and fit them into a generational or cultural stereotype? This is why almost no restaurants offer only one food choice - because we'd never eat with one another!

Me? I'm a soda guy. Absolutely love it. On days where I'm very busy or am not thinking about it, I can drink waaaaaay too much soda. And, very literally, that's not good for me. I also like burgers. In fact, if soda and burgers were all a person needed to be healthy, I'd be the the healthiest guy I know.

But I'm not. Even though I know that I need a variety of food, a balanced diet, etc, I don't always make the effort or have the discipline to make it happen. And in very real terms, I suffer (or enjoy) the consequences of my eating and drinking choices.

So, how does this relate to music? 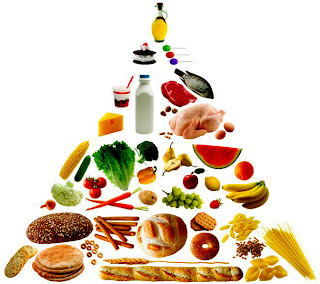 Well, think about how many genres of music exist in the world today. Heck, just turn on a radio and hit the "Scan" button. I live in a mid-sized metro city area (about 1.8 million residents), and scanning the radio for even just a few minutes will net me all sorts of pop, modern and classic rock, jazz, classical, rap, techno, a variety of ethnic styles, country, modern and traditional Christian music, and more**.

But (especially when it's not basketball or college football season), I find myself listening only to the same handful of stations. Why? Because it "tastes good." And it's easy, simple and comfortable. Trying new things, or getting used to new things, can take a great deal of effort and patience, so we don't usually do it unless we have to.

But I've found that if I only ever listen to one kind of music, I start to appreciate and enjoy it less. In the words of Dave Ramsey, "If you eat enough lobster, it will start to taste like soap." And not only that, I start to tolerate other forms of music about as well as a four-year-old who has to eat spinach. Is spinach good for you? Yes. Does any little kid like it? Of course not. But as adults, we know that certain food is good for us, so we work it into our diets, find new ways to appreciate it, and eventually develop a taste for it. (I have one good friend who has actually "trained" herself to despise the taste of chocolate. Strange...)

To get to the point, there are at least two things that a thinking, conscientious music advocate needs to practice: 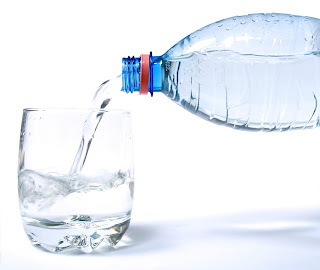 Some of the best musicians in every genre are heavily influenced by musicians from seemingly incongruent genres. I play with a fantastic classical percussionist who is also a double-kick, metal mayhem kit player. And he's awesome at both and loves both.

You're a total person. Get a total music experience.

*I'm staying away from the vegetarian/vegan/omnivore debate on purpose. Obviously, that's a bit of a different discussion.

**In some ways, I think that radio is still superior to "owning" a huge music library. Because when a favorite song comes on, it's a surprise and a treat. Sort of like ice cream after dinner at a friend's house.
By keithpercussion - June 13, 2012