Sam Payne has been on my radar for a long time, probably ten years or more. He is a talented singer, songwriter, guitarist and performer, and I have a great respect for the depth of his music, as well as for him as a person. I met him a couple of years ago at my first Soundcheck Series event, and we had the opportunity to get to know each other by working with Soundcheck* after that for a year or so. 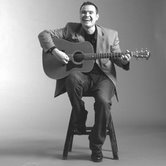 So when I got a text message from Sam asking if I was available for a gig, I wasn't shocked, but I was surprised. Luckily, the date was available, and I agreed to play. It would be the first time I actually shared the stage with him as a performer. The other musicians on the gig were Steve Lemmon (of Sprial Studios fame), Aaron Ashton and bassist Matt Larson. It was a very good crew.

I was especially thrilled when I got the setlist, charts and recordings for the gig. Not only were there some old favorites among them, there were some new (to me) gems and a cover of Peter Gabriel's "Book of Love" that was immediately captivating. All of the music was appealing, not only from an aesthetic perspective, but also from the drummer's seat.

On the day of the gig we met in downtown SLC in a basement studio, ran through the forms and grooves, then headed out to West Valley City for Westfest for our headlining performance. Usually the festival format requires a band to set up and soundcheck in literally a matter of minutes, but luckily (for us, at least), the band performing before us had canceled at the last moment, so the stage was ours for the hour before our set started. We were able to get comfortably set up and had a relatively thorough sound check.

It always amazes me how quickly a group of musicians can sound like a band, having never played together before. Much of that is the learned or innate ability to "speak the language," but some of it is just chemistry. And again, luckily for us, the chemistry was evident from the first sounds in rehearsal. Honestly, the actual performance set was a tiny bit shaky on my part, and the music went some places live that I don't think were planned in rehearsal.

During the performance, Sam's presence was the show. It was definitely his world, as it were, and the rest of us were just happy to be living in it. It was such great fun to not only perform the music and really play, but to not have any worry at all about any of the other musicians. I just got to sit back and play from the position of, "What can I add? How can my playing best achieve the message of the song and the intent of the music?" I can't say for certain how close I came to achieving that goal, but I know I enjoyed and learned from the experience very much.

Not only was the audience friendly and the staff at Westfest more than attentive and responsive (thanks so much!), but I gained some new friends and deepened my respect for a great musician. I also widened my own playing experience and now have some new avenues to pursue and areas of technique and knowledge to strengthen. On the whole, I'm grateful to have had the opportunity to play, and I look forward to playing with Sam and crew again soon.

Another gig in the books!

*I'm not gonna lie. Sam introduced me to at least a few new styles of food, not the least of which was Thai. Music and food? Yes. Yes, indeed. Thanks again, Sam.
By keithpercussion - July 01, 2012