Technique. What is it, anyway? Simply put, technique for percussionists boils down to a couple of things. How do you hold the stick or mallet, and how does it move? How do you approach the instrument or the pedals, etc?

For other instruments, there are other issues, but the bottom line is that there are ways to play that work and keep you safe (free from injury, etc.) and those that will keep you from achieving your potential or are flat out going to cause you injury*. Now, the technique itself is a topic for many, many other blog posts, so we'll just take a look at whether or not your technique actually matters all that much. 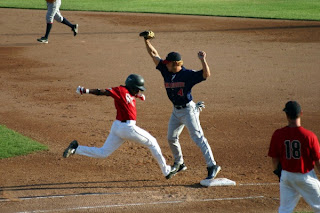 So, here's the scenario. Imagine that you are a baseball coach. You have filled all of your positions but one, and you are down to two possible players. Everything is equal between the two players except for one thing - their running technique. They both make the sprint from home to first in the exact same amount of time, but their technique couldn't be more different.

Player A has flawless running technique. The gait is smooth, footfalls are perfect, etc. The running is a thing of beauty. Player B, however, runs like a pregnant yak - nothing looks right and the motions are awkward.

It's up to you, Coach. Who do you choose?

If you're lazy or impatient, you choose Player A. But if you're a teacher and can help Player B improve their running technique, the speed will increase. Theoretically, if Player A may already be running as fast as possible, but Player B can only get faster - maybe much faster.

So, what does that mean for drummers? It's simple - good technique unlocks your potential. Conversely, like the baseball player in our example, bad technique may be slowing you down.

Honestly, I get tired of young musicians who say, "It's just how I play." Or, they'll tell their band teacher (who's a sax player or something), "Well, my friend's older brother is a real drummer, and this is how he said to do it."

You know what both of those statements translate into? "I'm lazy. It's too hard for me to do it right, so I'm just going to make excuses and not try." 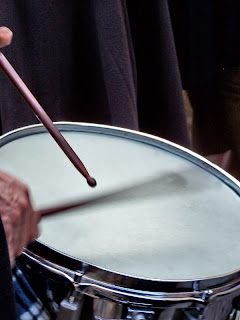 Now, I'm not saying there aren't successful players with, shall we say, interesting technique. There are some variations between every single player because we're not all carbon copies of each other. But, if you carefully study the top drummers in the world, you'll notice that almost all of them - while they may not look exactly the same - are applying the same technical concepts. In other words, the main ideas are the same.

To continue the baseball example, no two throwing motions are the same, but you're not seeing anybody pitch underhand. If you wanna play baseball at the highest levels, underhand simply won't work. You also won't see people use techniques that are too far out of the norm. Athletes know that there are motions and practices that will hurt them, and those that won't.

*It's crazy how little most drummers know about their own bodies, in terms of muscles, joints, bones, ligaments and tendons. Think about how many strokes you play in an average practice session - thousands! And yet athletes, who may only shoot a few baskets in a game or throw several dozen pitches over a few innings, take great care to warm up, stretch, use proper technique, cool down, ice and strengthen all of the parts of their bodies that they use.
By keithpercussion - August 13, 2012