You've heard this story before, but it bears repeating. And I'm sure there are much better versions out there, but you'll get the point. 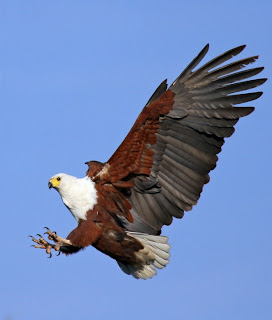 There was a group of turkeys that wanted desperately to learn how to fly. As they watched the sky, they saw other birds soaring on the winds, and were envious.

"We're birds, too," they said, "there's no reason we shouldn't fly." So, they asked the mightiest bird in the sky, the eagle, if he would teach them how to fly. He agreed, and invited them over to his home the following afternoon.

The eagle was a great teacher, and the turkeys were quick, enthusiastic learners. Before long they were lifting off and landing, and by the end of the day every one was able to fly and soar on the wind. They thanked the eagle, clapping him on the back and expressing their gratitude. Some even hugged him.

Then they all walked home, just the way they had come.

I remember the first time I ever heard this story. I was thinking, "Seriously?! They WALKED?!" And that's the point of the story. The turkeys learned something that could have had an impact on almost every part of their lives, and they treated it like a toy.

They didn't allow the new skill, knowledge and perspective to make them better - to change their behavior and their lives.

Too many students (including some of mine) learn how to make themselves better, whether it be from a class, a rehearsal, a lesson or even YouTube, but then they go right back to doing things just the way they have been. It's almost like they refuse to adapt and change even when they know what they need to do to improve.

They learn how to fly, then walk home.

Here's to my students - and students everywhere - who take to heart the knowledge that they gain in classes, from their teachers and from their own observations, and allow it to change them for the better.