What is classic music?

You know those pants/haircut/shoes/glasses you rocked in junior high? You thought you were the bomb-dot-com, and now you try to burn every single picture from that part of your life. Well, music can be the same. Not everything that you think is amazing now will still be cool in five plus years.

Growing up, I went through all of the normal emotional storms, including breaking up with girlfriends and getting grounded by my parents. Music - more often than not - got me through. As a result, it has always amazed me how fast I can go back to certain events or time periods in my life just by hearing a few notes or words from a certain song.

One such song was a blues tune that shall not be named (for reasons which I will explain). It was my Senior year of high school, and I had been dumped by the girl of my dreams (yeah....about that). This is really pathetic, but I laid down on the floor next to the speakers, put the aforementioned track on repeat, and wallowed in self pity for the next couple of hours.

Fast forward to college, and I was exploring some music with a new girl of my dreams, and came across a dusty old CD that I hadn't listened to since high school. 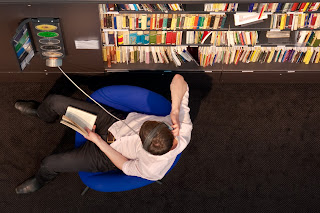 "Sweet!" I said. "This song is so awesome! You've gotta check it out." Without reconsidering, I put the disc in the player, skipped to the appropriate track and waited for the magic.

The song was awful.

It became immediately apparent that my memory of the song was much better than the song itself. It was actually kind of embarrassing, and I had to quickly kill the music, as it were, and make some stupid excuse about how maybe it wasn't that great or I had been thinking of another song. I looked really dumb, to say the least.


This got me thinking, "So, what makes a song great? Not just great now, but great over time. Why is music from certain artists - like Mozart or the Beatles - still relevant, while other, more recent artists are already outdated and old?"

Understand, I'm not talking about immediate popularity, or even album sales. (Does it make anybody else sick that Katy Perry is outselling the Beatles, for crying out loud?) I'm talking about music that doesn't outlive its popularity, its ability to connect with an audience - its soul, for lack of a better term.

As a high school music teacher, one of the assignments I gave was for students to bring in one of their favorite tunes, explain it to the class, and justify its existence. One question they had to answer was, "Will this song still be relevant in five to ten years? Why or why not?" It was fun to hear certain kids flat out admit that their tune was cool for now, but probably wouldn't be in the near future.

I'd encourage you to try this out. No, this is not school, but give it a go: 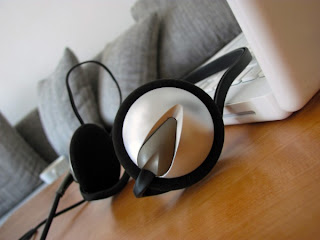 Take your favorite song (for me, this changes weekly, if not daily). Print out the lyrics. Read them to yourself slowly, taking care to decode the overt meaning and look for any subtle meanings and symbolism. Even better, read them out loud to some one who isn't familiar with the song, and ask them to summarize the meaning of the song in one sentence, two at most.


For the sake of music and art, I challenge myself - and you! - to be a more discriminating listener and consumer of music.