In an earlier post, I talked about developing headroom. Headroom is the ability to do more than you need to do in a given situation. This post is part confession, part illustration of how I learned about headroom in my own playing. 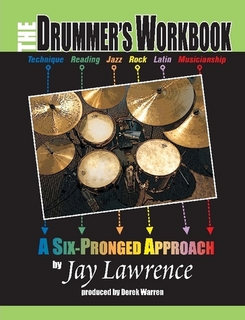 While a college student, I studied with Jay Lawrence for a while. At a certain point he was putting me through some very complex, difficult exercises every week, and demanding that I play them up to a certain standard. One week, after having practiced particularly hard, but having not gotten up to par on an exercise, I got a little frustrated at the lesson. The conversation went something like this (I'm paraphrasing, but you'll get the point).

Keith: Jay, when would you use something like this in an actual performing or recording situation?

K: WHAT?! Then why are you making me learn it?!

J: (Laughing) Here. Let me show you something. See this groove exercise you were working on a few weeks ago? Was this one pretty hard?

K: Yeah, I hated that one. Super hard.

K: Wha..? Now? I haven't practiced it for like three weeks!

I then proceeded to play the earlier exercise. Not only was it much easier than I remembered, but it was immediately cleaner and clearer, and much more musical. Jay had made his point.

By constantly challenging me to play increasingly complex patterns and exercises, he was building my musical muscles, so to speak. What used to be hard became easier, and what seemed impossible at first became realistic. 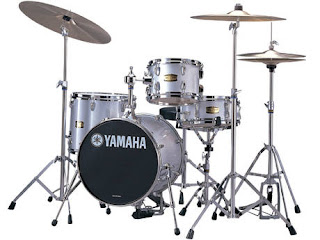 Again, the whole point of headroom is to be able to do more than you have to, so that you can do what's required of you comfortably and with style. Then, instead of being at the edge of your abilities by default, you can choose when and how to push your own envelope while being more musical, engaging and sensitive.

Drumming - and all music - should be fun. And the better you are at it, the more fun it will be. 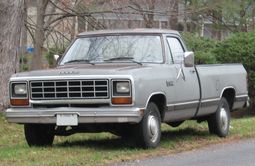 For one year in high school I drove an old Dodge pickup truck. I loved having a pickup but hated having to drive it anywhere. It had a worn-out engine and a pathetic transmission. Its top speed was 60 miles per hour, no matter what. You could have dropped that thing off a cliff and it wouldn't have gone any faster!

So when I had to drive two miles on the freeway (where the speed limit was 75) on my way to school every morning, it was torturous, to say the least. The truck would shake and scream, and generally threaten to come apart at every possible point. My friends would pass me in their nicer cars, and I would try not to make eye contact. It was stressful and embarrassing. Honestly, it was all I could do to keep that thing on the road. Needless to say, driving wasn't very fun, and I didn't feel very good at it.

Early one morning I was on my way to school and wrecked the truck. It had snowed the night before, then cleared, so there was black ice on the road. The accident totaled my truck, and probably should have taken my life. It was one of the scariest moments of my life. 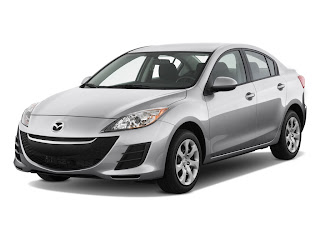 When I got back to driving, I (luckily) was able to borrow my mom's car, a late model sports sedan. To give you some idea of the capabilities of this car, let me make one comparison to the truck. My old truck's speedometer went to a maximum of 85, and that was wishful thinking. Mom's car? Its top mark read 140, and in all the time I drove it I never came close to challenging that mark, or had reason to doubt that the car could reach it.

That car totally changed me as a driver. I no longer had to fight the vehicle or worry that I was going to destroy it just by driving it on the freeway. My driving "style" became much more consistent and relaxed. I wasn't worried about driving anywhere - the freeway, on a hill, etc. Driving became fun.

Among all the differences between the car and truck, the fundamental one was headroom. What is headroom? In a nutshell, it's the difference between what you must do and what you can do.*

Here are a few examples of how the term headroom is used various settings.

How does this relate to music and to drumming?

Essentially, we're all trying to develop headroom in our playing as we continue to practice and learn as much as we can. Think of it like the car. If the band you're playing in is asking your "engine" - your skill set - to go 80 miles an hour, and you can only go 80, then every time you play you're maxing yourself out. This is usually neither comfortable nor fun.

But if they're asking you to go 80 and you have the ability to do 120, then you can do what you need to do with style, and have bursts of "speed" when they're appropriate. More than that, you have the strength and "chops" to play what you hear in your head. And that, my friends, is fun. 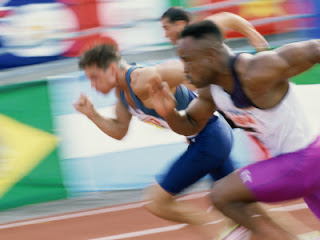 I'm not saying that you should never push your limits or live on the edge a little bit. But think of it another way: If we're talking about athletes, you need a basic ability to keep up with your competition, but headroom is what allows you to make the extra play or effort to win the game.

In another post I'll give you a direct example from my own drumming career, but for now, think about headroom. How much do you have, and what are you doing to increase it?

One last thought. At a certain point, you'll have an "engine" that is capable of getting off the streets and getting into the big leagues.

Yeah. Let's do THAT.

*It's actually a construction term that refers to the height of a doorway or the ceiling over stairs. It literally means the distance between the average person's head and the point where they would hit said head. This is why, when the average American stands under six feet, the ceiling is generally at least eight feet high.
By keithpercussion - February 18, 2013 No comments: