Flexibility 101: Focus on the goal

Over the course of my career I don't think I've ever had a performance where everything went as expected. Each time, I have to make adjustments and remain flexible. No, I'm not talking about gymnastics or yoga. I'm talking about the ability to adjust to surprises, unexpected problems or opportunities while performing. I wrote a little bit about this concept here.

Let me illustrate with a (true) story.

A while back I mixed sound on one of the stages at a local arts festival. Summertime is a great time for bands to play more gigs and access new audiences by playing at fairs, festivals and celebrations, so most bands take their performance very seriously. This was the case with a teenage rock trio. 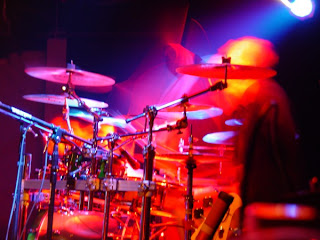 The lead singer for this band, a talented young woman, was also the drummer. She had great gear, tons of energy and an obvious passion for the music and for performing. The band came with the usual entourage of parents, relatives and friends to support their set. They also attracted quite a few passersby from among the festival attendees.

The stage and appointed audience area were small, so most of the sound reinforcement was for vocals and guitars, etc, and not for drums. While they were setting up, I mentioned to the drummer that I was going to have to mix the sound level based on drum volume, so, "Please just be aware of how loud you're playing."

Honestly, I hated saying it. It's been said so many times to me, and each time it sort of feels like an insult. I let her know that I'm a drummer, and I understood what I was asking, and that I'd do my best with the volume levels. When soundcheck started, I was a little concerned.

She was loud. Not Ted Nugent loud, but loud. So, up came the volume levels on everything else. After soundcheck, I (as gently as I could) reminded the drummer/singer that her volume needed to come down a little, and she gave me the you're-an-adult-so-I'll-nod-my-head-and-smile reaction. The set began, and I really, truly tried my best to make them sound great.

By the second song I had the festival director in my face.

"You've got to cut the volume by half, at least! NOW!" Apparently we were upsetting the poetry stage,  ruining the petting zoo and wreaking havoc on the GDP of several small African countries.

I reduced the volume levels to the point where the director seemed less likely to pop a vein in his head, and basically all that could be heard on stage was drums. After that song, every member of the band converged on me, asking what was wrong. I told them what had happened and, like true rockers, they said, "We don't care! We're a loud band. They can just deal with it. We need more sound!"

My first responsibility was to the festival, so I told them I would do the best I could, but they needed to make the best of it. To the drummer I said, "If you can play a little softer, I'll be able to get the sound evened out. But if I turn everything back up, the festival director will stop your set. If you want to finish, you need to play softer."

You would have thought I had just murdered her family by the look on her face. When she went back to the kit, everything in her body language said that she was bummed, to say the least. The fun, positive energy was gone, replaced by anger and disappointment. If anything, she played even louder than before. 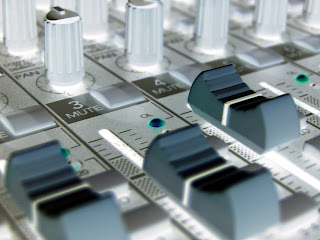 Then came the inevitable stream of parents and well-meaning audience members to my mixing desk. Can't you just turn them up a little? I can't hear my guitar-playing son. You're ruining their performance!

In my defense, I did turn the band back up, little by little. I never stopped tweaking, trying to get everything to sound as clean and clear, and as balanced as possible. But the band had checked out mentally. The rest of their set was not great, and the audience seemed to deflate before my very eyes. I am certain that the band felt like the performance was not good, and the audience was ultimately not very impressed. And I feel badly about it, because the band was very good.

But, I've been there. As I mentioned above, every single performance I've ever played has had weirdness, at least, and outright disaster at worst. And if you let those things affect your commitment to the music and to your audience, you're bound to have a bad gig.

It's tough, but you have to put the purpose of the performance first. You have to serve the music, your band mates, and the audience. You almost have to view yourself as a cog in the machine. I am absolutely not saying you can't have artistry and integrity, and that you are a doormat. But you do have a choice to continue to work toward your musical goals or to put your own pride and emotions first.

Sometimes there really is no flexibility - things have to be a certain way - but most situations can be worked out if everyone is on the same page about what the end goal is.

I've also blogged about this before, but the musicians who get the most work - and who have the best reputations - are not only great artists, but are also known as, "easy to work with." In short, they are flexible, and always keep a positive, accommodating attitude.

Lastly, try to remember that no gig is THE gig. Each one is a step toward a better, more flexible you, and each one is a learning experience. Try to view each challenge as an opportunity to practice handling that type of situation. You'll land on your feet.