It's just a mistake, right?

Let's make a quick comparison between our natural reactions to "mistakes" in a couple different settings. 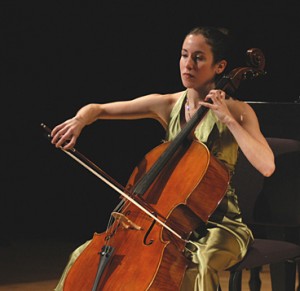 First, in music. Often, when I am teaching or coaching students, I ask them to, "pretend like you're performing." They should conduct themselves as if it were an audition or an actual, audience-in-the-house performance.

Especially early on in the process of learning how to perform, many students will be just fine until they hit that first inevitable snag. Whether it's a wrong note or rhythm, a missed sticking or whatever, they will simply stop, look up at me, and say something like, "Hey, sorry. I messed up. Can I start again?"

Sometimes the reaction is even more forceful - along with the stop in the music, they pull a face or slump their shoulders or let out a sigh or shout. Many times they will go back and play the same bar/figure over and over again. Almost invariably, the forward motion of the music is completely stopped.

Keep in mind - this is supposed to be a performance. 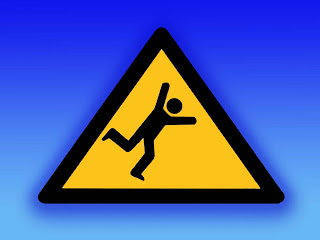 So, let's examine another setting. Say you're walking down the hall in school (or at work) with somebody that you need to impress, and your shoe catches the edge of a tile and you trip, just a little bit. It's not enough to put you on the floor, but it's obvious your shoe caught.

How should you react? Do you stop walking? Do you back up and walk over that particular tile a few times just to make sure you can do it? Do you point out the place where you tripped and say to your companion, "See? See that right there? THAT'S where I tripped. I really stink at walking right there. Come closer - it's right there. See that? Mind if I try that again?"

Most of us would never react to a simple thing like that. We would just simply keep walking and act like it never happened. Why? Two reasons. First, you don't ever want to magnify a problem when you need to look like there are no problems (as in performance). Second, it's not a big deal, so why make it one?

Yes, I'm taking it overboard, but it always amazes me how much attention we can draw to ourselves when we overreact to a mistake in performing. All musicians make mistakes. All people make mistakes. As young musicians, one of the most important skills we can develop is the ability to keep playing and ignore the mistake as much as possible.

When I was in high school, I was in the drama/theatre program. I wasn't terribly good at it, but I really enjoyed acting. One of the ways that our teacher helped us to develop good performance skills was to deliberately surprise the cast during each performance. Every night, on stage, in front of an audience, something was bound to be wrong, ridiculous or just plain surprising.

I was in the cast of, "Oklahoma," and one of my scenes involved shooting a pistol straight up into the air. In rehearsals, we focused on getting my actions to match with the sound of firing the pistol, which was supplied offstage. Imagine my surprise when, on opening night, I fired the pistol and was promptly hit on the head by a rubber chicken dropping out of the sky!

I remember thinking, "What in the world am I supposed to do with that?!" The firing of the pistol was usually the closing of a scene, so we waited for the lights to go down. When they didn't, one of the other actors picked up the chicken, said, "Good! Now there's something for my extra dinner guests," and walked off stage.

It may or may not have made for good theatre, but it taught all of us would-be actors how to keep our composure and apply the, "the show must go on," mantra of the performing world.

Just to be clear, I'm not saying that there is never a time and place to examine and eliminate our mistakes through scrutiny and practice. There are lots and lots of times and places for that. What I'm trying to get across is that we also need to develop our, "performance mindset," so that we can be effective performers regardless of imperfections.

One of the key ways we humans show our maturity and life experience is by the way we react to unexpected or unfavorable surprises, whether in music or in life. The more a person can take the surprise in stride - even incorporate it into their plans - without missing a beat, the more they can downplay or even obscure the "mistake" from outside observers.

More importantly, we learn to put the focus on what's going right instead of what's going wrong. We let the story be told even if we misspell a word or two. Because at the end of the day, none of us is perfect, and all of us have a story to tell.