It's all about the music

As a sophomore in high school, I was one of two drummers in our school jazz band. This may sound strange, but at our school the band had as much prestige as any of the athletic teams, and the jazz band was the top of the heap. It was an honor, but also a lot of pressure, to be in that band.

For the first couple of months, I struggled to open up in rehearsals. My playing was stiff and not very musical. I had a hard time reading the charts and couldn't see the, "big picture," of the pieces we were playing. 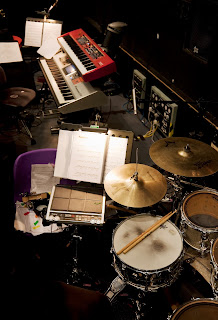 Each fall our band director brought in a clinician to work with us, an amazingly gifted and inspiring educator, the illustrious Dr. Newell Dayley. During the session with Dr. Dayley, I was more than usually nervous. I buried my head in the chart and tried for all I was worth to play every figure, hit, fill and groove to exact specifications. Our band had a very good reputation, and I wanted badly to live up to it.

Near the end of the rehearsal, Dr. Dayley walked over to me, smiled, and said, "How well do you know this piece of music?"

"Pretty well, I guess," I replied.

How could I play the music without my part? What would I do without the chart?

Something seriously strange happened when we started to play. My entire approach changed. It was as if I had been playing under a cover, in a cave - as if in total darkness - and now the sun had come out, the clouds had lifted, and the drumming sunshine was bright and clear.

While playing without the sheet music to glue my eyes to, I was able to make eye contact with my rhythm section mates, as well as to look around at the other sections - to pay attention to what and how they were playing in a new way - and to take cues from the director. 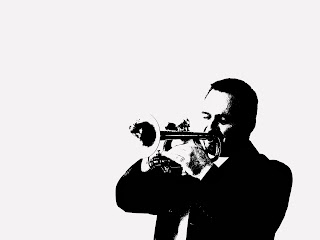 Now, I'm sure it wasn't my best playing that day, but to my fifteen-year-old mind it was a totally new experience. I was no longer playing notes, figures and rhythms.

I was playing music.

When we finished the tune, one of the trumpet players looked at me and said, "I don't know what that was, or where you found it, but you'd better find it again!"

It was awesome. I loved it. It changed my perspective on playing music forever.

Scott Hagen, Director of Bands at the University of Utah, is fond of saying that the music is what happens between the lines, notes, rhythms and rests. So, next time you sit down to play a piece of music, be sure not to stop where the ink ends.