How do you spell fun?

"Because after a while, even lobster starts to taste like soap." - Dave Ramsey

When I taught high school band, I would start off every year by telling my new students that my whole goal for them was to have fun. That's it, just have fun. I loved the stunned reactions on their faces. They'd giggle and do little celebration dances. (Easy A!)

Then I'd twist the plot.

"Let me spell 'fun' for you, because some of you may have forgotten how to spell it over the summer break," I'd say, matter-of-factly. Accompanied by giggling and whispering, I would walk to the white board, and with a new, fresh dry-erase marker I would spell in tall capital letters:

The laughter would stop. Instead, silence. After a minute or so, inevitably, there'd be some kid in the back who would shout out, "Hey! You spelled it wrong! That says WORK!"

As you may surmise, what followed was a very pointed discussion. Let me give you a version of it here. 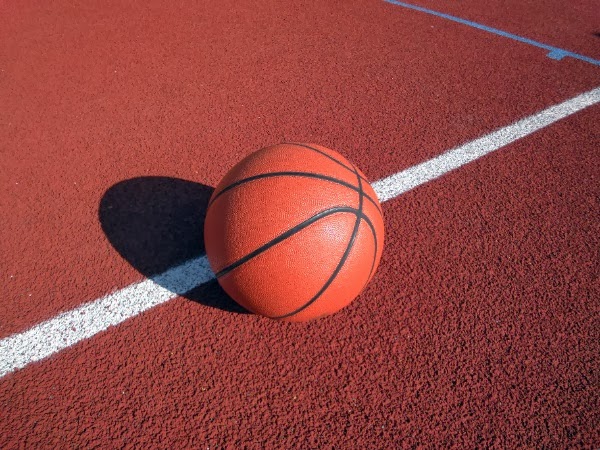 Several years ago I was teaching a gifted drum student who also happened to be a talented basketball player. Only seven years old at the time, he was remarkable in both arenas. Ultimately the basketball schedule got busy enough that he and his parents had to make a choice between the two, and (of course) basketball won out.*

Not long after, I ran into his mom at the local recreation center. We chatted for a minute, then she asked if I'd play basketball with her son and his friends. She explained that they wanted to play, "a real game," but there were only three of them, and did I possibly have time to fill in for a couple minutes?

Now, I love basketball. I play as much as I can. I post about it on this blog frequently. I was at the rec center that day to play basketball. But I've never had a less satisfying hoops experience than I did that day. Allow me to set the scene for you.

Even though I'm slow and out of shape, I'm 6'1" (about 185 cm) and have a decent knowledge of the game. These were nine-year-olds. I was a giant compared to them. It took fully the first ten minutes to stop instinctively blocking every shot. None of them could steal the ball from me or really defend me in any way, and none of them could score on me until I chose to let them. I felt like Dwight Howard.

For about sixty seconds.

It was NOT fun. At all. That was the day I learned that winning isn't everything in basketball, or in life. Especially when there's no multi-million dollar contract or shoe endorsement deal on the line, winning takes a major back seat to fun. And by fun, of course I mean work.

Many times I go to the rec center and get into pick-up games with people who are younger, faster, stronger and more talented than me. And - I've got to tell you - it's usually a lot of work. I have to run hard, jump high, out-think and keep up with a variety of humans in a variety of basketball settings. Sometimes I win and sometimes I lose. I'm always sore the next day. But it's almost always fun.

My absolute favorite is when I hustle really hard against a player or team that's better than me and am able to gain some success. I block a shot or keep them from scoring, or maybe I finally make that nifty move, hit a great shot, or my underdog team wins. Those small moments of hard-fought victory are exponentially sweeter than easy wins.

They're fun, but only if you work for them.

My new band students every fall wanted to have fun, and they wanted to work. They just didn't know that the two of those things go together.

The first group of students that I took all the way through that school were phenomenal. They somehow intuitively knew that it was going to take their best work to achieve something great, and they wanted it. Badly.

One thing the band at my school had never done (and, at this writing, haven't done since) was to qualify for the State Concert Band Festival. As that first group of students entered their senior year, several of them came to me and said, "We want this. We're going to qualify for state this year. We don't want to play any of the easy stuff anymore. We want music that will get the judges' attention, and we'll work as hard as we have to, to succeed." 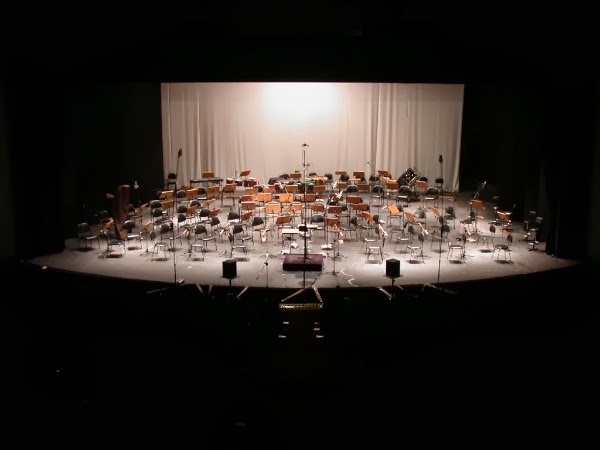 I didn't want to get their hopes up, but I didn't want to let them down. In rehearsal, we talked frequently and candidly about what would be expected in terms of quality and execution, and they consistently worked to improve themselves.

We qualified for state that year. It was sort of a miracle. (Part of the story is in another blog post here.) The band played with a level of maturity and passion that we'd never had before, and they accomplished something great. They put themselves on the map.

Afterward, I heard many of the students say, "That was fun!"

I'll never forget what that school year felt like in terms of effort. All of the rehearsals, the sectionals, the coaching sessions, the clinics, the tour - all of it. But for all of the pain and effort, what still gives me chills is the memory of walking on stage with those amazing young people and making great musical history at the State Concert Band Festival. What was the last thing I said to them before we took the stage?

"Let's go have some fun." There was nothing else to say.

As a musician - and especially as a drummer - it can be easy to get into a comfortable place and never want to come out. Once you can play certain styles or pieces, or you've got solo ideas that work, or whatever it is, you might lose your motivation to keep developing your skills.

Take any example you want - only ever eating ice cream, never having to do homework, playing video games all day or blasting nine-year-olds at basketball - eventually you need a challenge, variety and something to work towards. If not, even lobster starts to taste like soap. More than that, you'll never do anything great, and never have any real-for-true fun.

Push yourself. Work hard. Accomplish something great. Make the most of your own unique talent and creativity. Achieve your potential.